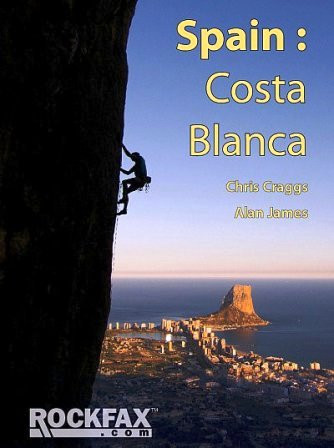 Please inform me as soon as the product is available again.
€36.00 *

Area: coastline belonging to the province of Alicante; the 47 climbing areas are located between Gandia in the north and Murcia in the south:
Rock: limestone
Difficulties: wide choice of routes in all grades / 3000 routes, single and multi pitches
Protection: predominantly sport climbing, also alpine and trad climbing
Season: all year round

"Climbing Guidebook Costa Blanca"
Viewed
This website uses cookies, which are necessary for the technical operation of the website and are always set. Other cookies, which increase the usability of this website, serve for direct advertising or simplify interaction with other websites and social networks, will only be used with your consent. More information
Decline Accept all Configure