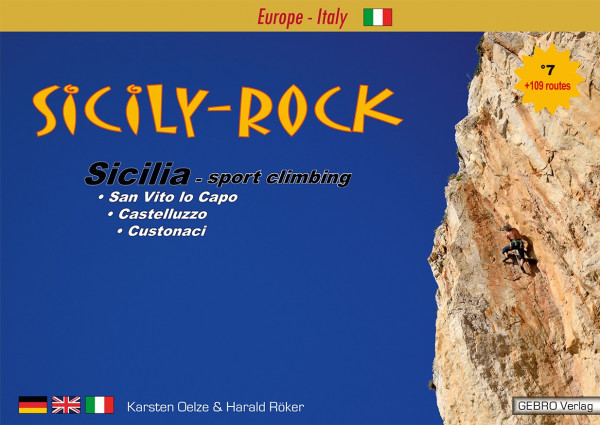 The area San Vito lo Capo in the north-west of Sicily is one of the best European climbing destinations for the cooler season. Many routes can be reached on foot from the camping and Monte Monaco even offers some multi-pitch climbs up to a length of 400 m.
The moderate climate, the situation close to the sea, cheap flights, the infrastructure of San Vito (beach, supermarkets, restaurants, hotels,...) and the very well protected and really excellent routes (also in the moderate grades) make this area to a real top-spot of European climbing.