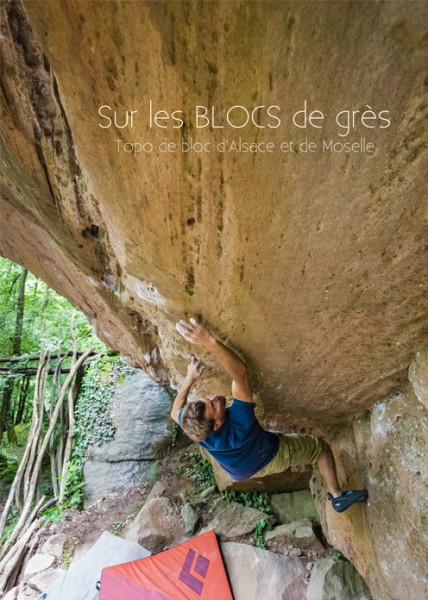 The first hardback bouldering guide of Alsace and Moselle is here! The creation of this small book took a few years.
Ten years ago, Yann and Frédéric initiated a gigantic work: listing all the boulders of the region as well as a few more from its surroundings. The task is daunting and endless...
In 2018, the project finds a second wind with the help of Didier Amet and David Hollinger. More than a year later, the guide is being released by our printer.
The guidebook contains almost a thousand boulders spread among 15 areas in Alsace and Moselle. These areas are grouped in three zones, ordered as follow : Gueberschwihr, around Saverne and in Northern Vosges.
15 bouldering areas, including a new one : the Schoenfels !
304 pages
language french / english
edition 2019

"Sur les BLOCS de grès / Topo de bloc d´Alsace et de Moselle"
Similar products
Similar products
climbing guidebook Südpfalz - Klettern im...
€42.50 *
Viewed
This website uses cookies, which are necessary for the technical operation of the website and are always set. Other cookies, which increase the usability of this website, serve for direct advertising or simplify interaction with other websites and social networks, will only be used with your consent. More information
Decline Accept all Configure