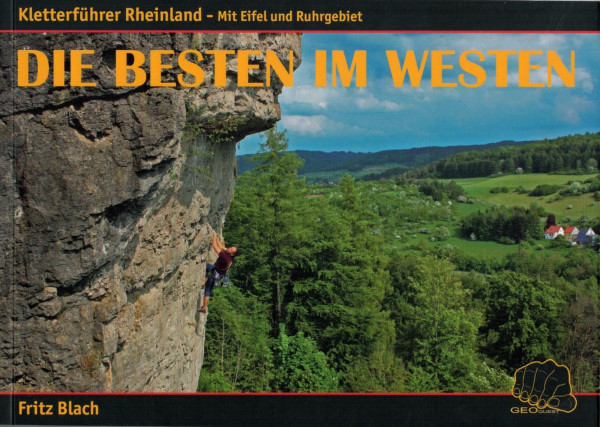 Climbing Guide Rhine Area (around Cologne): The Best of the West

The climbing guidebook for the Rhineland. Many of the areas presented have not been documented in a climbing guidebook for decades, others are already known or excerpts from other guides are included. From the red conglomerate of the Eifel to the white-gray limestone near Aachen (Kelmis) to the brown-yellow sandstone of the Ruhr (Isenberg and Co), a wide range of rocks and areas are represented. The book describes the climbing possibilities route by route. Lovingly drawn topos alternate with inspiring climbing photos, detailed maps, insider route information, information on tourist attractions and geological background information. In addition, climbing locals have their say and funny stories, comics and funny quotes provide laughter in the climbing break. In summary, anyone who wants to climb in NRW needs this guide!

The following areas are described:

"Climbing Guide Rhine Area"
Similar products
Similar products
climbing guidebook Schwarze Säulen - Mayen
€36.00 *
climbing guidebook Freyr
€38.00 *
Viewed
This website uses cookies, which are necessary for the technical operation of the website and are always set. Other cookies, which increase the usability of this website, serve for direct advertising or simplify interaction with other websites and social networks, will only be used with your consent. More information
Decline Accept all Configure