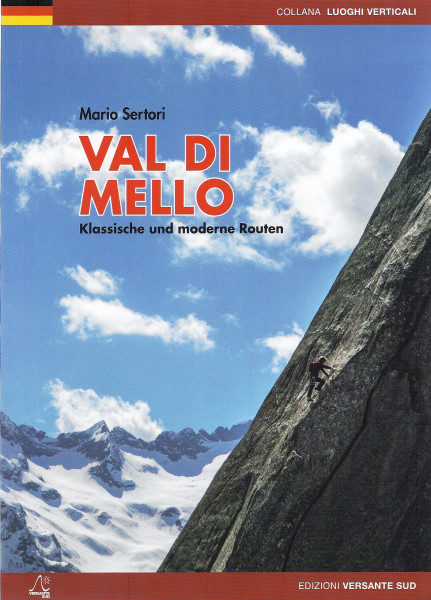 Description
Description
Among the Alpine valleys, there is nothing that can be compared with Val di Mello. Tall rock... more
Close menu
Product information "Climbing Guidebook Val di Mello"

Among the Alpine valleys, there is nothing that can be compared with Val di Mello.
Tall rock faces climb up high, while down below lies a quiet, flat valley carved out by turquoise green waters.
It is a legendary place in terms of climbing geography, where during the 70s a group of youngsters re-invented climbing, setting up routes on walls which were impossible to bolt, immersed in nature so powerful and monumental. This too is mentioned in the guide book. A volume of large-scale effort, where each route should appear with its own character and strength, from those of the pioneers to the latest achievements. We’ve had a few written contributions by these explorers, first-hand testimonies of a legendary era which marked a historical period revolutionizing the way of practising and perceiving alpinism. To follow the tales of Masa, Merizzi, Miotti and Boscacci is a bit like breathing in the fresh, sharp air of those years. But above all it is like going back to the point where all this began, to the courage and imagination which had no ambition to gain power, but knew how to pass on their experiences to the generations to come.
So read on to understand and rediscover a world of stone which is of insuperable quality.
320 pages
language german
edition 2014